The Department of Latin American and Iberian Cultures at Columbia and the Department of Spanish and Latin American Cultures at Barnard cordially invite you to join your peers for our in-person Café y Conversación, our student-lead weekly Spanish language conversation activity, celebrating its fifteenth year. Café y Conversación will continue to meet every Thursday from 4:00 to 5:00 pm until early December in the lobby of Casa Hispánica (612 West 116th Street; Google Map).

Billy Kanellopoulos and Claire Killian will lead the sessions and they are looking forward to seeing you and to talking with you.

Billy Kanellopoulos is a senior in Columbia College studying Comparative Literature with a concentration in Modern Greek Studies. His area of interest dwells primarily on resistance writing from the 19th and 20th century Eastern Mediterranean and Spain. Whenever possible, Billy enjoys listening to reggaeton, cooking (but not the cleanup after), and sharing a coffee with friends. Born and raised in Queens, NY, Billy has long admired language exchange and the relationships it crafts.

Claire Killian (she/her) is a freshman at Barnard studying art history, and considering a double-major in archaeology. In her free time she loves going to museums, watching The Great British Bake-Off, and she doesn’t believe that she can go a day without peanut butter. Claire took Spanish all throughout high school, but isn’t continuing to study it in college, so is thrilled to be in a Spanish-language community here at Columbia University. 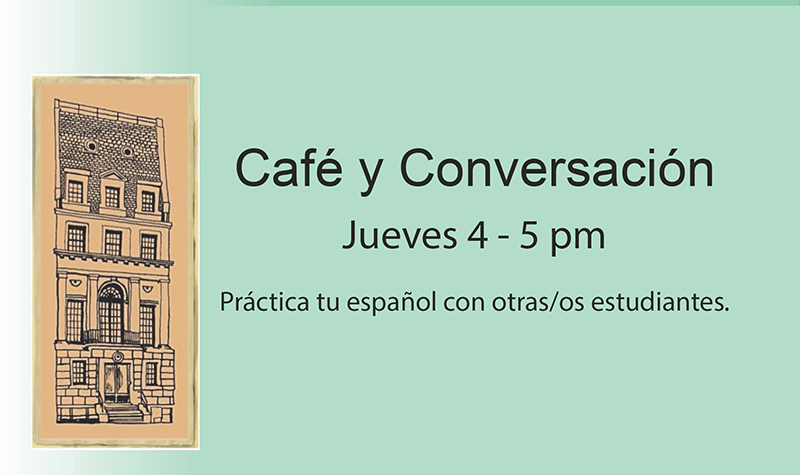